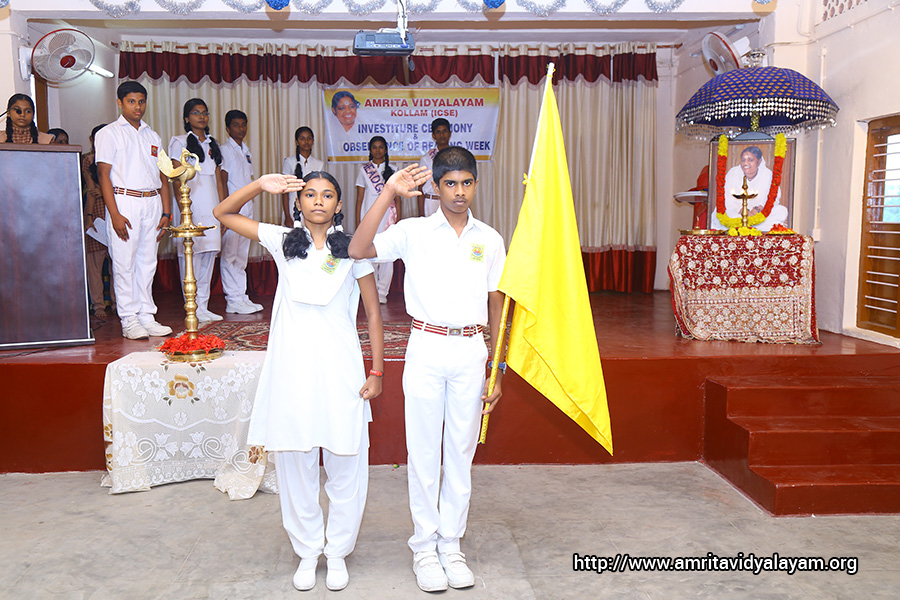 Investiture ceremony was conducted at our school on June 16th, 2015. Reading Week was also observed during the same week. Sri. Rex Bobby Arwin, Assistant Commissioner of Police and Nodal Officer of the Student Police Cadet, Kollam, was the Chief Guest. He addressed the students, stressing the importance of reading in their lives. He also spoke to them about character formation.

As per the directions of MHRD regarding reducing the weight of school bags, Amrita Vidyalayam schools are restricting the subjects for Standards 1 and 2 to English, Mathematics, and second and third languages. Standards 3 to 5 will have EVS in addition to the above subjects.