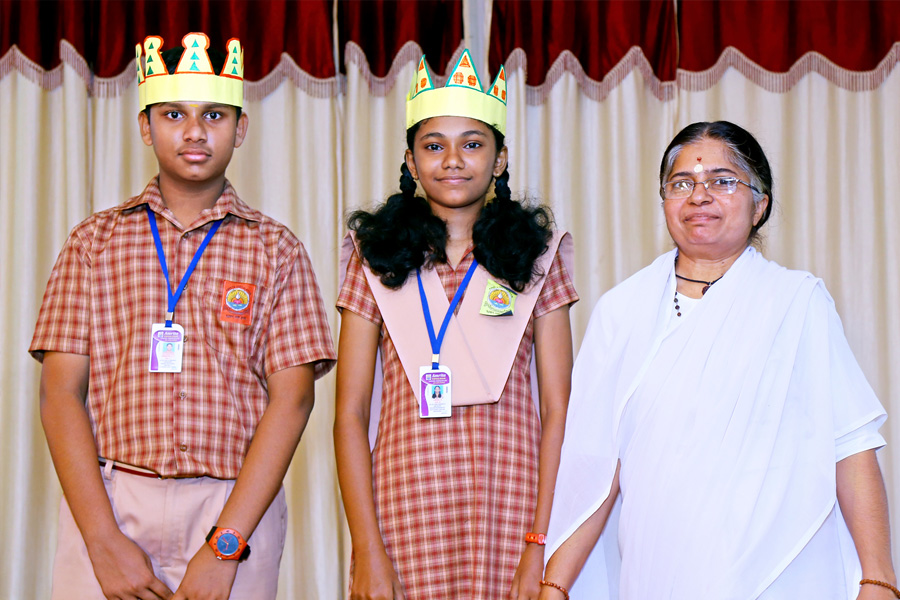 The activities of the Literary Club are categorised into two, English and Malayalam. Each club has selected their President and Secretary .The presidents and the secretaries were given their charges by the Principal and Ms. Dehini.

Each club announced the activities that they will be conducting in order to bring forth and foster the inner potentialities of the children. They also help the children to enhance their language skills, ability to observe, experiment, infer, etc.

As per the directions of MHRD regarding reducing the weight of school bags, Amrita Vidyalayam schools are restricting the subjects for Standards 1 and 2 to English, Mathematics, and second and third languages. Standards 3 to 5 will have EVS in addition to the above subjects.